Our Project Manager, Charlie, recently went to visit Cherrytrees Care Home to find out all about a Pen Pal project which has taken place over the last year.

Charlie met with Darren, the Care Home Manager, to find out more about the project. Darren has been the manager of Cherrytrees Care Home for 6 years and has introduced some fantastic innovations and activities for residents.

The home itself is quite small with 30 beds, and is a dual needs home with both residential and nursing, with residents who have complex needs and others with self-care. The home had a lovely homely feel to it and a brilliant view of Coronation Street! 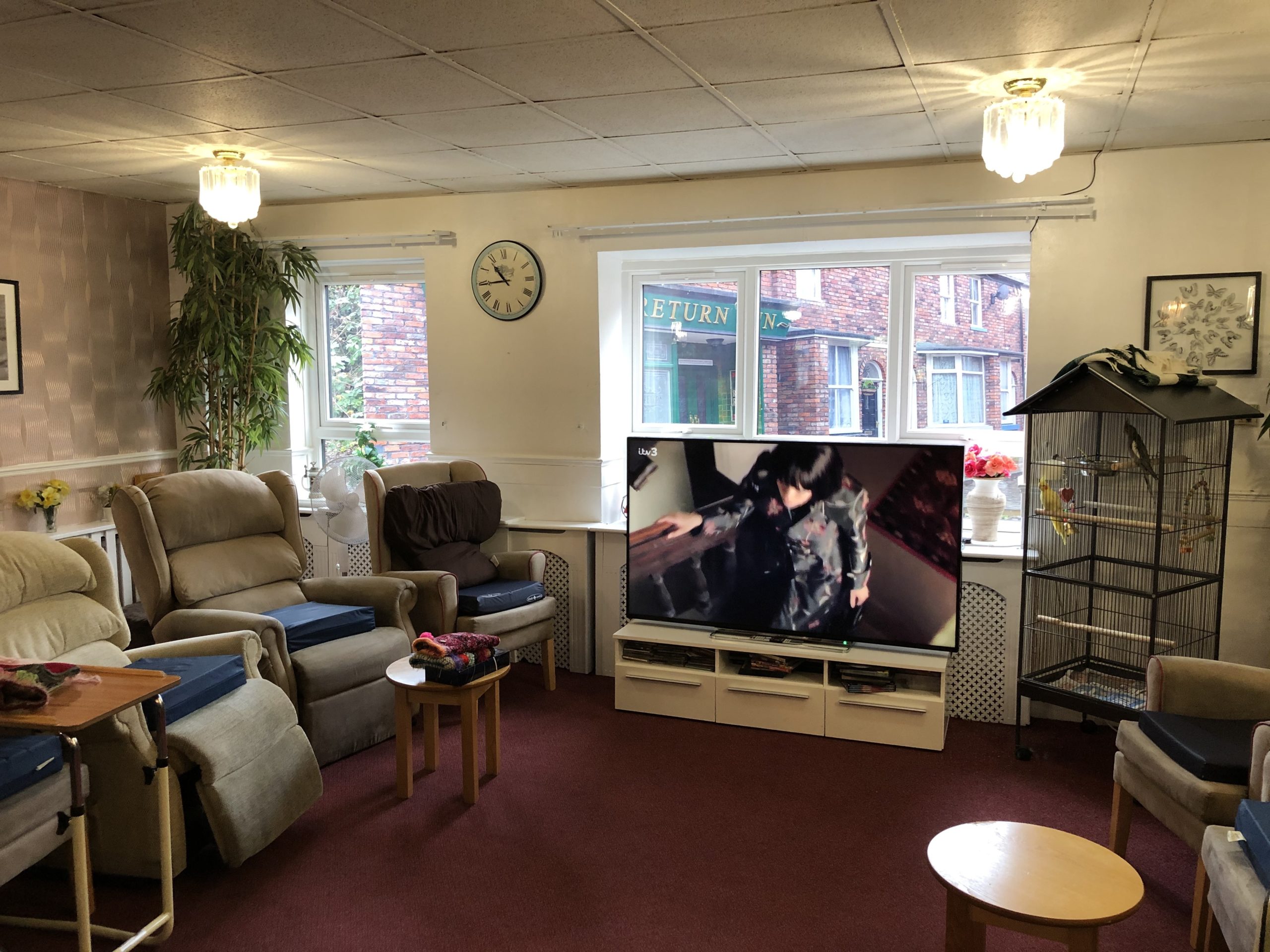 The initial idea for the Pen Pal project came after Darren’s daughter took part in a letter writing exercise in her English class at school. This activity sparked the notion of creating a situation where students wrote letters to service users and vice versa. The pen pal scheme began by contacting a school in Bolton who agreed to take part, with a total of 8 residents at the care home looking forward to sharing their stories.

Shortly after the relationship was established, the chain began with school children writing to care home residents, following with 2 or 3 exchanges. The letters shared details of likes and dislikes, favourite hobbies and other fun facts.

This initiative was also opened up to other care homes in Salford, with Arden Court responding and a similar exchange taking place. Residents from care home to care home wrote letters and shared stories. Some fascinating facts were discovered, with one resident saying that they danced with Bobby Charlton!

It wasn’t only the conversational element of the letters that had a positive impact, but the whole process. Writing a postcard, putting stamps on, and sending and receiving letters really engaged residents, giving them something to focus on and to look forward to. The rationale behind the pen pal scheme was to identify loneliness in care homes and to assist with making friendships. The curiosity and the life history talked about in letters highlighted that residents are real people who have lived an exciting life, and they are not just a number in a care home.

On speaking with Darren, we asked “what could have been better?“

He said he would have liked to have had more interest from other Care Homes in the area, given the success of the Pen Pal Scheme. Darren highlighted how much the residents enjoyed the sharing experience and the smiles it put on resident’s faces.

To bring to life the scheme, some of the fun facts that were discovered from the pen pal letters have been printed out and displayed on the wall in the Care Home.

At the end of our visit, we asked Darren for his top tip on starting a project like this at a care home. Here’s what he said:

“It doesn’t matter if the resident lacks capacity, got dementia or brain injuries; they still have the ability to have the opportunity to share life experiences with someone else.”

It would be fantastic to be able to engage more Care Homes in the Pen Pal Project. If this is something that you would like your Care Home to take part in this, please do contact Darren on infocherrytrees@aol.co.uk.